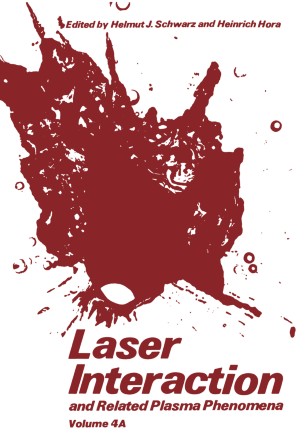 Since the third Workshop on "Laser Interaction and Related Plasma Phenomena" in 1973, one area within the scope of this con­ ference received increased attention: laser fusion. This possi­ bility was emphasized in February 1977 in a Seminar on US energy policies at The Hartford Graduate Center by John F. O'Leary, Head of the Federal Energy Administration, who said that "by the year 2100, ••• laser fusion will be coming along, giving us a new age of choice". Efforts in research and development were stepped up to investigate new concepts of laser ignition of controlled nuclear reactions. Here, one expects no radioactive waste from fuel. Th~ deuterium-tritium reaction - the only one which may be possible with magnetic field confinement in tokamaks - has a highly radio­ active tritium cycle, while, in principle, laser reactions are possible with pure deuterium, hydrogen-boron or others. The worldwide progress in laser compression was not only stim­ ulated by the energy crisis, but also by its advancements. In our first Workshop in 1969 F. Floux of the French Limeil Laboratories described his experiments, which led, only one month later, to the production of fusion neutrons in such large numbers as had not been achieved up to then (see appendix of Vol. I these Proceedings).