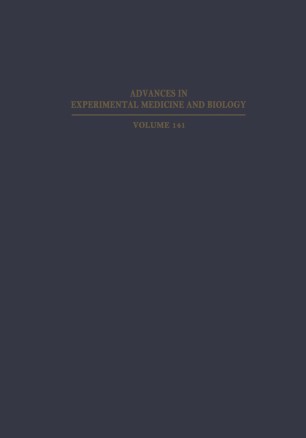 Biochemistry and Function of Phagocytes

Part of the Advances in Experimental Medicine and Biology book series (AEMB, volume 141)

This volume collects the papers presented at the "Second Euro­ pean Conference on Phagocytic Leucocytes" which was held in Trieste, September 15-18, 1980. The Conference was the continuation of the thread of a discourse initiated with the "First European Conference on Phagocytic Leucocytes," which was held also in Trieste in 1976. In fact, in both Conferences the biochemical aspects of the basic functions of phagocytes--that is movement, metabolism, secretion, and bactericidal activity--were mainly emphasized. In the Second Confer­ ence, two additional subjects were also dealt with, and those are the tumoricidal activity of phagocytes and the clinical aspects of phagocyte functions. In connection with the latter subject a "Round Table on the Clinical Application of Leucocyte Function Tests" was held during the Conference, and the proceedings are reported in this book in the hope that they may be useful to those who are interested in the relationship between phagocytes and diseases. The number of papers which are being published concerning the phagocytic process is such that one wonders whether publication of a new book in this field is necessary. However, the philosophy which inspired the edi­ ting of this book differs from that underlying publication of origi­ nal articles in scientific journals. We started from the common notion that the real progress of our knowledge is not necessarily proportional to the amount of published material in that specific field.