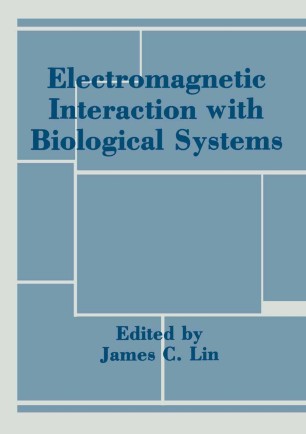 Ever since the early 1940's, electromagnetic energy in the nonionizing spectrum has contributed to the enhanced quality of life in a variety of ways. Aside from their well-known roles in communication, entertainment, industry and science, electromagnetic energy has come into wide spread use in biology and medicine. In addition to the intended purposes, these energies produce other effects which have been shown to influence the life processes of living organisms. It is noteworthy that these energies are not only harmless in ordinary quantities but are actually necessary for modern life, indeed without which life as we know it would be impossible. The purpose of this book is to present a succinct summary of the interaction of electromagnetic fields and waves with biological systems as they are now known. The subject matter is interdisciplinary and is based primarily on presentations scheduled for a joint symposium at the XXII General Assembly of the International Union of Radio Science, held in Tel Aviv, Israel from Tuesday, August 25 to Wednesday, September 2, 1987. The symposium was jointly sponsored by the Bioelectromagnetics Society in cooperation with the International Radiation Protection Association. The choice of topics was made to facilitate the application and to stimulate the use of nonioni zing electromagnetic energy in biology and medicine, and to increase the awareness and to promote the consideration of radiation safety by electrical engineers and experimental physicists.