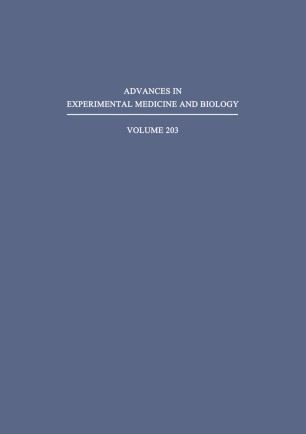 Part of the Advances in Experimental Medicine and Biology book series (AEMB, volume 203)

Human epilepsy is a major public health problem affecting approximately 2 persons per 1000. It is particularly frequent in ohildren where convul­ sions may lead to brain damage and subsequent seizure activity in adulthood. Temporal lobe epilepsy (synonyms include limbic epilepsy. psychomotor epilepsy and complex partial epilepsy) is the most devastating form of epilepsy in the adult population since: a) it is often extremely resistant to currently available anticonvulsant drugs (i.e •• it is more resistant than tonico-clonic or grand mal seizures) and b) it includes loss of consciousness. thereby limiting performance of many normal functions and leaving the individual susceptible to bodily injury. It is also associated with nerve cell loss. in particular in the hippocampus and other structures of the temporal lobes. In order to promote an appropriate therapy it is essential to understand the etiology of seizures and its relationship to brain damage. Basic research on epilepsy also provides a very useful vehicle to learn about the way the brain functions under normal conditions. For instance. much of our present understanding of the mechanisms of action of GABA and benzo­ diazepines. control of neuronal activity. etc. has been derived from such stUdies.