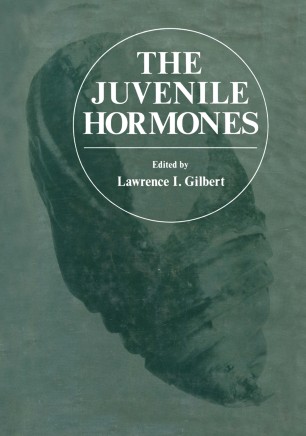 The juvenile hormones of insects are unique molecules in terms of their chemical nature (methyl esters of sesquiterpene epoxides) and action (both as modulators of morphogenesis during the larval life of insects and as a gonadotropic agent in many female adults). Although a symposium dedicated to the chemistry, metabolism and effects of juvenile hormone at a number of levels would be merited on the basis of its interest to the chemist, physiologist, endo­ crinologist, developmental biologist and entomologist, the juvenile hormones are special in the sense that juvenile hormone mimics (juvenoids, insect growth regulators, analogs) are currently being utilized to control various insec. t pests. Indeed, a number of commercial firms are currently developing new compounds with juven­ ile hormone activity that might possess a narrow spectrum of acti­ vity and which would be relatively biodegradable. Thus, a symposium on the juvenile hormones is also merited on a practical basis since juvenoids are already becoming constituents of our environment and it is apparent that in order to design effective mimics of the natural juvenile hormones, o~e should understand the means by which juvenile hormone elicits its effects. As will become evident to the reader, the great majority of data presented at this symposium have not been published previously and the symposium itself was organized along natural divisions dealing with the chemistry, metaoolism and multi-level modes of action of the juvenile hormones. Special lectures were presented by Professors C. M. Williams, B. W. O'Malley and W. S.