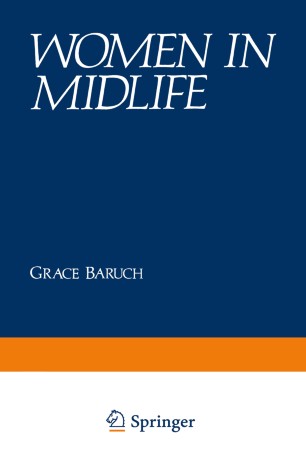 Part of the Women in Context: Development and Stresses book series (WICO)

The Study of Women In Midlife GRACE K. BARUCH AND JEANNE BROOKS-GUNN To describe the middle years-that relatively long span when one is neither young nor old-as a neglected period may no longer be accurate, given current scientific and popular interest in adult development and aging. But midlife is still too often seen merely as a kind of staging area on the way to old age, when one gathers one's forces and tries to stock up on assets-health, money, relationships-that will be needed for the rigors of the last phase of life. The middle years have been characterized more as a transition period than as a time of growth, satisfaction, and creativity. As this volume will show, although midlife is not without its difficulties, it is, for many women, a time of unexpected pleasure, even power. MAJOR THEMES A central theme of this volume is the impact of social change. The influence of economic conditions, of ideology, of the normative timing of such life events as age of marriage and childbearing, are addressed in many chapters from hlany different perspectives. Social changes are shown to have both negative and positive consequences. On the nega­ tive side, for example, the sex differential in life expectancy is a biosocial phenomenon that greatly restricts the availability of sexual partners-or, more precisely, heterosexual partners-for older women.