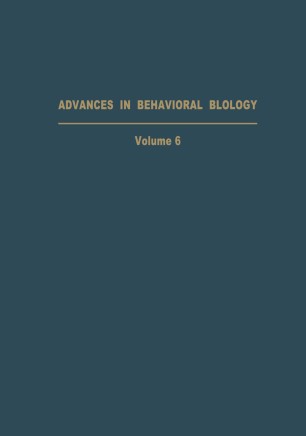 This volume represents the proceedings of a Symposium on Psychopharmacology and the Aging Patient, held at Duke University, May 29-31, 1972. The conference was jointly sponsored by the Center for the Study of Aging and Human Development and the Department of Psychiatry at Duke. This Symposium was the first in a series of conferences which will be devoted variously to preclinical and clinical pharmacology of the different groups of psychotropic drugs, especially as they relate to the problems of the elderly patient and to the special considerations that must be given in theory and in practice to changes brought about by the process of aging. The idea behind this particular symposium was to bring basic and clinical scientists together with practicing clinicians and other mental health professionals for an exchange of ideas and interests through formal didactic and informal small sessions. The major interest, of course, was to disseminate current information on the clinical use and indication for psychoactive agents, particularly as they related to the elderly patient. Recognition and management of psychiatric syndromes of the elderly were included as they were pertinent to psychopharmacology of aging to indicate the direction of ongoing work and to stimulate further research in this area. The editors wish to gratefully acknowledge the generous financial support xiii xiv Foreword of the Symposium granted by the following pharmaceutical firms: Smith-Kline-French Laboratories Pfizer Laboratories and Abbott Laboratories Burroughs-Wellcome Company CIBA - Geigy Corporation Lakeside Laboratories McNeil Laboratories, Inc.