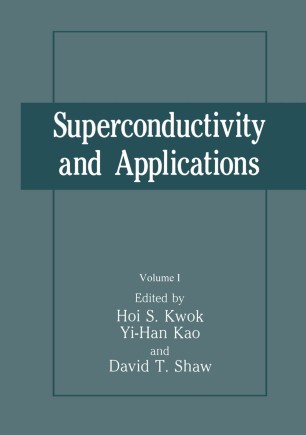 This Proceedings is a collection of papers presented at the Third Annual Conference on Superconductivity and Applications organized by the New York State Institute on Superconductivity. This year the Conference was held at the Buffalo Hilton Hotel on September 19- 21, 1989, with previous meetings on September 28-29,1987, and April 18-20, 1988. As in previous years, this meeting was highly successful, with an attendance of over three hundred researchers participating in lively scientific exchanges and discussions. The high quality of the talks is evident in this Proceedings. The field of high temperature superconductivity has matured considerably since its early days of media frenzy and rapid new discoveries. However, the enthusiasm and pace of research have not slowed down. A much better picture of the nature of high temperature superconductivity, the properties of these new materials and where they may find their eventual use has emerged. Processing techniques, especially thin film deposition, have been perfected nearly to the point of allowing commercial applications. We expect continued phenomenal growth of the field of high temperature superconductivity, both in terms of research and applications for many years to come.