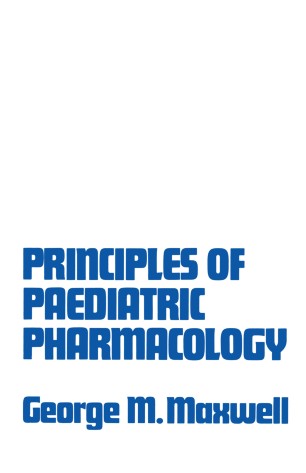 Pharmacology is fundamental for therapeutics. This is well recognised in the field of internal medicine, for which pharmacological textbooks abound. Paediatric pharmacology however, has largely been viewed as a subsection of general medicine. This is incorrect: it should be seen as a separate and important entity. This book is written from the viewpoint of a paediatrician, but it is addressed to all who have responsibility for the care of children, parti­ cularly physicians and pharmacists. As the latter may lack familiarity with certain diseases of children, I have added a clinical appendix in certain pertinent areas. My approach in each chapter has been to show the interdependence of physiology and pharmacology. Thus I make no apology for providing a physiological review for most topics. Each chapter is reasonably self-contained. I have presumed that a majority of readers will most often go directly to that section relevant to their immediate requirements, and therefore I have sometimes had to restate important points in more than one place. Nevertheless, for the cover­ to-cover reader, there will not be an excess of repetition. Since this is not a textbook of adult therapeutics, there will be no discussion of such things as coronary vasodilators. Likewise, the obstetric pharmacology of parturition has been omitted, although I have thoroughly covered the pharmacological problems of the fetus and the infant. I am greatly obliged to generations of my students, both under­ graduate and postgraduate.