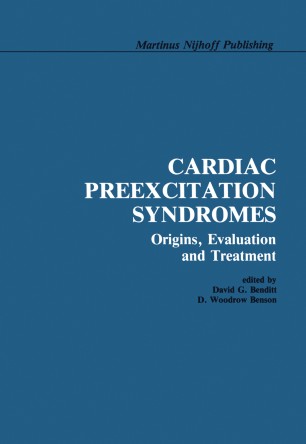 correction of such a reentry when he observed The W olff-Parkinson-White (WPW) syndrome, . . . in a favourable experiment, the vigorous the most common variety of preexcitation, has for some time held a fascination for those circulating wave and its instantaneous arrest by interested in clinical electrophysiology because section of the ring is a sight not easily forgotten. it seems to represent a naturally occurring event which, if adequately understood, would un­ Courageous is the only way to describe the mask answers to many fundamental questions first attempt to surgically interrupt an accessory concerning mechanisms and treatment of car­ pathway. The immensity of the feat speaks for diac arrhythmias. Thus, it has been described by itself: Open heart surgery was performed to Scherf and Neufeld [1] as the "Rosetta Stone" divide an invisible stream of electrons! This of electrocardiography. historic event was not anticipated. A fisherman The historic overview of the pre excitation from the coast of North Carolina presented to syndromes will be deferred to Dr. Burchell's Duke University Medical Center in 1968 with authoritative chapter, but a few highlights de­ refractory supraventricular tachycardia related serve emphasis here because they graphically to the WPW syndrome [2]. Attempts to control portray how elements of serendipity, courage, the tachycardia medically failed. Dr. Andrew and luck played important roles in the unfold­ Wallace (then Director of the Coronary Care Unit) had recently returned from the NIH ing of the mysteries of preexcitation.