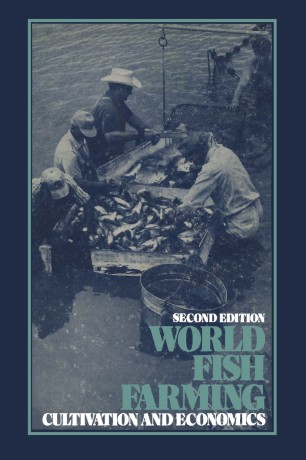 Until the First Edition of World Fish Farming: Cultivation and Econom­ ics was published several years ago, there was little or no economic and technical information on commercial aquaculture either by countries or by species. I tried at that time to partially fill the gap in the literature. In this Second Edition, I have updated data originally presented and increased the scope by adding new countries. New trout data have been added for 10 western European countries; sections on cost of production of food-sized catfish and fingerlings in the USA; new and improved chapters for Japan, Hungary, Indonesia, the Philippines, and the United Kingdom; and com­ pletely new chapters pertaining to Poland, Thailand, and Czechoslovakia have all been added to this edition. The book now includes 31 countries, including all major producing ones. Between 5. 5 and 6. 0 million metric tons of finfish, shrimp, and crayfish cultured production are represented, which accounts for about 909c of the world's total. The People's Republic of China and the USSR, as well as countries on the continents of Europe, Asia, North America, and Oceania, are represented. Because of only minimal reported cultured fish production in Africa and South America, these continents have been omitted. Also, according to information received from New Zealand, there is no culturing offish in that country other than for restocking of public waters. More than 100 species of cultured fish, seven species of shrimp and prawns, and six species of crayfish are discussed.