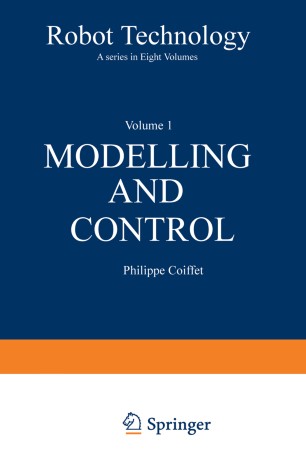 This first volume in the series is based on part of a course that I taught in various state and private institutions during 1979 and 1980. It was concerned with the design and control of stationary, articulated robots operating as non-feedback systems. This book (which is devoted to the statement and understanding of problems rather than their solution) presents a review of some of the work, started in 1972, of the team involved with robotics and biomechanics at the Automation Laboratory at Montpellier, in association with the French National Centre for Scientific Research. I am greatly indebted to Professor A. Liegeois, the guiding light of the team, to A. Fournier, E. Dombre, W. Khalil, P. Molinier and P. Borrel who have contributed so much to the progress made in this field. The second volume will describe the present state of the knowledge of robotic systems which are able to perceive the environment, to a greater or lesser extent, and to react appropriately. Such robots will be able to perform the function required of them, in spite of unpredictable, limited changes in the environment. The third volume will deal with teleoperations, the branch of robotics characterized by the necessary and almost permanent presence of a human operator at the controls. The fourth volume will be concerned with technological components of robots and further volumes will discuss robotic languages and programming methods, decision autonomy and artificial intelligence and, finally, the computer-aided design of robots.