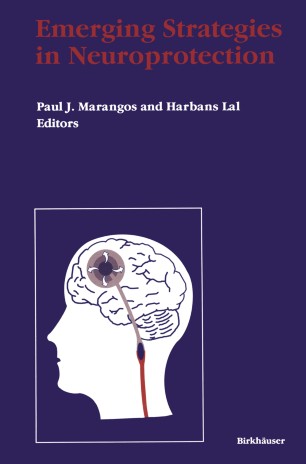 Part of the Advances in Neuroprotection book series (AN, volume 22)

SOLOMON H. SNYDER Receptor Research Reaches Neurology: Relevance to Neurodegenerative Diseases and Stroke President George Bush has heralded the 1990s as the decade of the brain, based largely on the rapid escalation of advances in the molecular neuro­ sciences and the likelihood that these will bear therapeutic fruit before the turn of the century. There is little doubt that the 1970s and 1980s have witnessed more remarkable advances in the molecular neurosciences than all of the preceding hundred years. Identification of receptor sites for drugs and neurotransmitters along with simple, sensitive, and specific means of monitoring them has made it possible to elucidate the mechanism of action for many known drugs and to identify new chemical entities as potential therapeutic agents. At the same time, the numbers of distinct neurotrans­ mitters have multiplied. Prior to 1970 only the biogenic amines were well accepted as transmitters. The early 1970s witnessed the gradual acceptance of amino acids as major excitatory and inhibitory neurotransmitters. Identification of opiate receptors and the subsequent identification of the enkephalins as their endogenous ligands led to an appreciation of peptides as putative transmitters and the accumulation of as many as a hundred neuropeptides by the decade's end. In the 1980s the revolutions of molecular biology have been applied aggressively to the neurosciences with molecular cloning for neuropeptide precursors, many important neurochemical en­ zymes, and receptors for numerous transmitters.