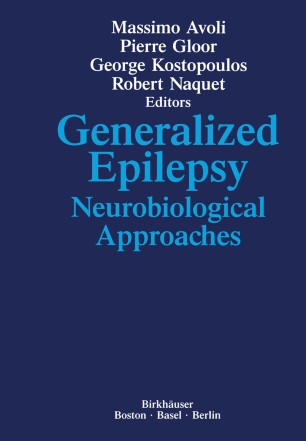 In recent years there has been intense interest in the basic mechanisms of epilepsy. Many symposia and monographs have been devoted to this topic. These reviews, however, have focused almost exclusively on studies performed in models of partial (or focal) epilepsy. It was natural that scientists interested in the fundamental mechanism of epileptogenesis at the cellular level were attracted to work on models in which the epileptogenic dysfunction could be confined to ever-smaller populations of neurons. Many of the most illuminating studies done in this field in the recent past have been carried out in vitro on brain slices or on dissociated neuronal cultures. Much valuable insight into the mechanisms of epileptogenesis has been obtained in this manner. One cannot, however, automatically assume that mechanisms elucidated in such exquisitely "focal" models are applicable to forms of epilepsy in which seizures from their very start involve the entire brain. One of the most difficult questions that arises in this context is how epileptogenic dysfunction, which can be understood in terms of mechanisms involving a few contiguous cells, can lead to what appears to be a simultaneous onset of seizure discharge in virtually all areas of the brain. Most of the workers who have made excellent contributions to the understanding of the cellular mechanisms involved in epileptogenesis have paid virtually no attention to this important problem.