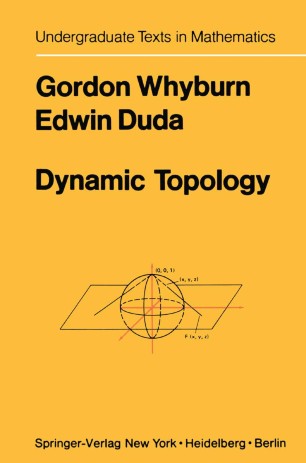 It is a privilege for me to write a foreword for this unusual book. The book is not primarily a reference work although many of the ideas and proofs are explained more clearly here than in any other source that I know. Nor is this a text of the customary sort. It is rather a record of a particular course and Gordon Whyburn's special method of teaching it. Perhaps the easiest way to describe the course and the method is to relate my own personal experience with a forerunner of this same course in the academic year 1937-1938. At that time, the course was offered every other year with a following course in algebraic topology on alternate years. There were five of us enrolled, and on the average we knew less mathematics than is now routinely given in a junior course in analysis. Whyburn's purpose, as we learned, was to prepare us in minimal time for research in the areas in which he was inter­ ested. His method was remarkable.