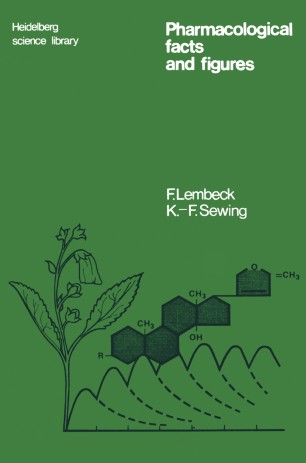 I t has been said that "there is no safe drug, there are only safe doc­ tors". And also, that drug treatment by doctors is only as good as their knowledge of the fundamentals of therapy, or, in other words, of pharmacology. This small book is aimed at giving a conspectus of pharmacological knowledge which allows a general survey without drowning the reader in details. This 'primer' is therefore no substitute for a textbook or lecture notes, but is meant to supplement lectures and to provide concise outlines for revision. It is a collection of resumes and tables of the kind which are frequently shown at lectures but which are rarely copied by the audience. For the sake of sim­ plicity, only one drug of a particular group is usually mentioned, with the hope that similar drugs will come to the knowledge of the student during his clinical training. F. LEMBECK K. -FR. SEWING v Introduction to the English Edition When translating, we have tried to adhere as closely as possible to the excellent arrangements of the German edition. The only relatively major manges whim had to be introduced refer to the choice of preparations and their nomenclature. It seemed reasonable to us to replace preparations which are well known to German speaking doc­ tors - but not as well known to the British and American medical public - by others which are in routine use in the English speaking countnes.