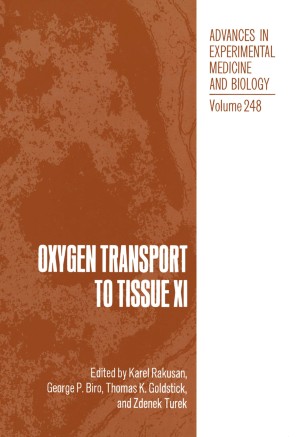 Part of the Advances in Experimental Medicine and Biology book series (AEMB, volume 248)

The Ottawa '88 meeting of the International Society for Oxygen Transport to Tissue attracted a record number of participants and presentations. We were able to avoid simultaneous sessions and still keep the scientific program to four days by using poster sessions followed by plenary debate on each poster. To paraphrase the British physicist David Bohm, we tried to avoid an ordinary discussion, in which people usually stick to a relatively fixed position and try to convince others to change. This situation does not give rise to anything creative. So, we attempted instead to establish a true dialogue in which a person may prefer and support a certain point of view, but does not hold it nonnegotiab1y. He or she is ready to listen to others with sufficient sympathy, and is also ready to change his or her own view if there is a good reason to do so. Our Society is in its "teen" years, and there are even some arguments about its exact age. Many newer members have raised questions concerning the history of the Society. For this reason, I have asked one of the "founding fathers", D. Bruley, to prepare a brief account of the birth and early history of the Society which appears on the following page.