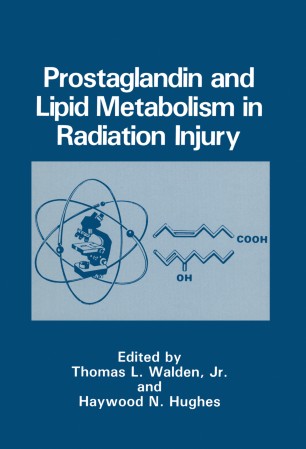 This volume contains the proceedings of the International Conference on Prostaglandins and Lipid Metabolism in Radiation Injury held in Rockville, Maryland, on October 2-3, 1986. Over 200 persons from eight countries attended the program, which consisted of 24 oral presentations and 38 poster presentations. Forty-two of those presentations have been included in this volume. The conference was sponsored by the Armed Forces Radiobiology Research Institute, located in Bethesda, Maryland. The effects of radiation on lipid synthesis and membrane damage are aptly summarized in the first five chapters. These chapters describe the effects of radiation on lipid peroxidation of model membranes, and the role of lipid composition in mammalian cell death and in bacterial radio- and thermosensitivity. In bacteria, lipid peroxidation is not essential for radiation-induced cell death. One of the key points of the conference was the paradoxical nature of the radiobiology of eicosanoids. On the one hand, eicosanoids are mediators of damage; on the other, they are radioprotective agents. It is clear from the literature and from the data presented at the conference that both of these properties may also be observed as a consequence of radiotherapy. Some studies indicate that nonsteroidal anti-inflammatory drugs may minimize or prevent certain radiation­ induced damage, but other studies show no positive effect.