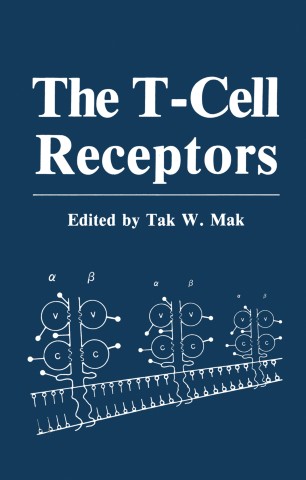 The importance of thymus-dependent cells, or T cells, in the generation of a successful immune response was first realized in the early sixties. In the follow­ ing two decades, a succession of elegant experiments established the antigen specificity of T cells and their ability to perform both as regulatory and effector cells. T cells were shown to be essential in most immune reactions, playing a crucial role in augmenting the activity of effector T and B cells against 'foreign' antigen, as well as in the suppression of effector activity against self antigens. The means by which T cells differentiate 'foreign' from 'self' antigens is based on their recognition of antigen almost exclusively in the context of self major histocompatibility complex products, unlike B cells, which recognize an­ tigen alone. It is this recognition, mediated by the T-cell receptor, that sets into motion the diverse cell-cell interactions, which control the differentiation and regulation of the immune response. Although its importance was well established, the molecular nature of the T-cell receptor remained elusive for two decades. Many hypotheses as to its structure and precise function were put forward, using immunoglobulin as a basis for conjecture, but "the Holy Grail of Immunology" remained ephemeral until three years ago. In the ensuing years, both immunologists and molecular biologists have contributed to an explosion of data unsurpassed by any previous period in the field.