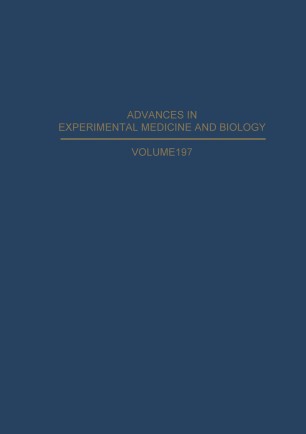 Mechanisms of Action in Animal Models and Human Disease

Part of the Advances in Experimental Medicine and Biology book series (AEMB, volume 197)

This volume contains the proceedings of the third in a series of conferences entitled, The International Symposium on Biological Reactive Intermediates. The first was held at the University of Turku in Finland, in 1975, the second at the University of Surrey in the United Kingdom, in 1980 and the most recent at the University of Maryland in the United States, in 1985. The significance of these conferences has been emphasized by the rapid growth of mechanistic toxicology over the last decade. These conferences were initially stimulated by the attempt to uncover the significance behind the observations that the toxicity of carcinogenic responses produced by many chemicals was associated with the observation that their metabolism led to the formation of chemcially reactive electrophiles which covalently bound to nucleophilic sites in cells such as proteins, nucleic acid or fats. Recently, newer concepts have arisen which have necessitated the expansion of subjects covered by the conference. For example, the application of newer knowledge of the role of active oxygen species in reactive metabolite formation, the concept of suicide substrates, examination of the function of glutathione in cells, application of immunological techniques and molecular biological probes to the solution of toxicological problems all had an impact on the study of the biological reactive intermediates.