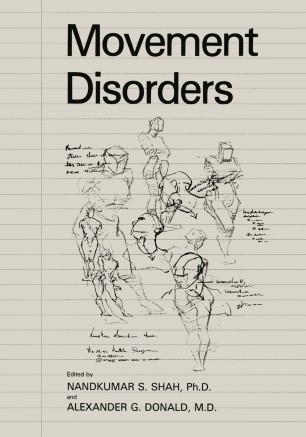 The human nervous system-that most complex organization of energy and matter-has yielded a few glimmers of understanding of its operational me­ chanics during the last two decades. These have mostly been at the biochemical level of structure and function. Throughout history, as one of the mysteries of nature begins to yield some insights into its function, it has been beneficial to look at it from different points of view. We have developed a volume on movement disorders that is primarily directed toward the biochemical understanding of these disorders and their treatment. Each disorder is presented from several points of view. Although this approach leads to some repetition, it is our aim that the final outcome be a more complete understanding. Much has been written about movement: the beauty of the prima ballerina, the strength of the olympic athlete, and the agility of the surgeon. Seldom do we stop to look beneath the surface-the coordination of muscle groups, the finely tuned balance allowing rapid response in either direction, the individual muscle fibers coordinated to maximize strength and agility, and the nerve fibers connecting muscle with nerve centers. Some of these communicate sensory input of position to the centers while others communicate directions of move­ ment to muscles. We encourage our readers to be constantly alert to the possibility of in­ creasing their understanding of other nervous system functions, including thought disorder, through an understanding of movement, either in general principle or by specific chemical interaction.