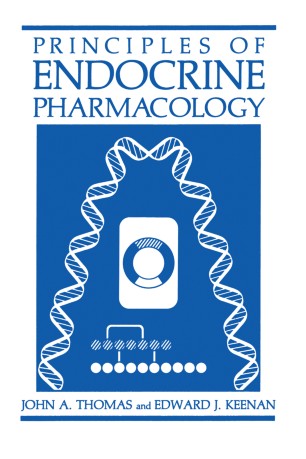 The authors have provided an overview of the relationships between hormones that are physiologic constituents of the body as well as their pharmacologic use in replacement therapies and related endocrine dys­ function. Principles of Endocrine Pharmacology concerns itself with the ther­ apeutic use of hormones, and hormone like substances, or drugs that can act either by suppressing or enhancing the metabolism of certain glands of internal secretion. Other drugs used for nonendocrine ther­ apies can likewise affect the endocrine system. Endocrine pharmacology emerged in the early 1900s with the use of crude pituitary extracts. By the mid-1900s several investigators had isolated and begun to synthesize hormones or hormonelike substances. Recognizing the limited supply of hormones that could be obtained both from animal sources and human autopsy material, the search for so­ called hormone substitutes also began early in the 1900s. Recently, re­ combinant DNA technologies have been used to provide alternative therapeutic sources of human insulin and human growth hormone. Aside from insulin, perhaps no other use of hormonally-active sub­ stance is better exemplified by those drugs which affect fertility. The synthesis of an orally-effective steroid represented one of the first major breakthroughs in the chemical suppression of ovulation. Since the orally­ active 19-norsteroids were introduced in the 1950s, several oral contra­ ceptive steroid preparations have been marketed. Indeed, the advent of oral contraceptives for birth control has led to a renewed interest in endocrine pharmacology.