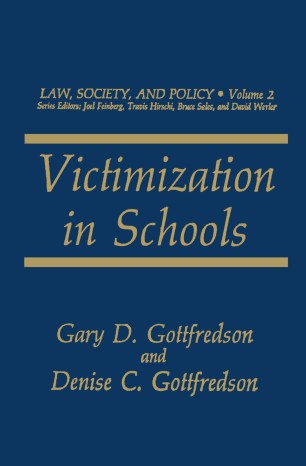 The perception that our nation's public schools are disorderly and unsafe is widespread, and the image of the public school is deteriorating. Since 1974, the Gallup organization has gathered opinions about the public schools. The percentage giving the schools an "A" rating declined from 18% to 6% between 1974 and 1983 (Gallup, 1974, 1984). In a recent survey of America's teenagers, only 9% gave the schools an "A" rating (Bahner, 1980, p. 106). Lack of discipline tops the list of the problems adults see facing schools, and class disturbances and theft are reported by teenagers to be "very big" or "fairly big" problems in their schools (Bahner, 1980, p. 107). These public perceptions are fostered by and reflected in national media attention ("City Schools in Crisis," 1977; "Help! Teacher Can't Teach!" 1980; "High Schools under Fire," 1977). Public concern is also reflected in Congressional hearings where testimony creates the image of grave disorder within our schools (U.s. Senate, Committee on the Judiciary, 1975, 1976b; U.s. House of Representatives, Subcommittee on Elementary, Secondary, and Vocational Education, 1980). The public has given the schools low marks, and the Senate Judiciary Committee (1975) gave the schools an" A" in violence and vandalism. In short, parents, students, and public officials are alarmed at what they see as a rising tide of violence and disorder in the schools and are concerned about how much learning can occur in a disruptive environ­ ment, and about the safety of teachers and students.