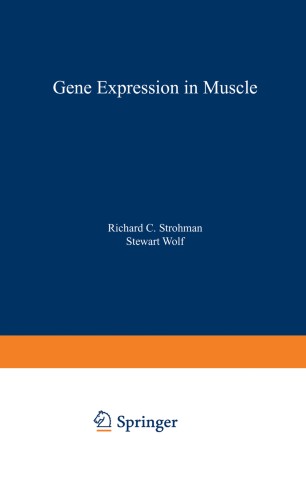 Part of the Advances in Experimental Medicine and Biology book series (AEMB, volume 182)

This volume contains the edited transcript of an interdisci­ plinary colloquium held at Totts Gap Medical Research Laboratories, Bangor, Pennsylvania on October 12-14, 1983 under the sponsorship of the Muscular Dystrophy Association. The aim was to illuminate the pathogenic mechanism of Duchenne Muscular Dystrophy through a synthesis of available data on gene expression in muscle. In the informal give and take ot the collo­ quium, the participants found themselves engaged in mutual education and enlightenment as they attempted to put together what is known and to highlight what is not known about the subject. Significant research into muscle as a tissue and muscle disease began only about 50 years ago although the description of muscular dystrophy by Guillaume Benjamin Amand Duchenne de Boulogne had been published in 1862. By 1943 it was clear that Duchenne muscular dystrophy was an X-linked genetic disorder. Up to the present, however, the offending gene has not been identified although its location on the short arm of the X chromosome has been approximately determined. The gene product associated with the initial disturbance in skeletal muscle has also remained elusive up to now. Moreover, investigations into the mechanisms of the muscle degeneration have been hampered by ignorance of the fundamental phenotypic expression of the genetic disorder.