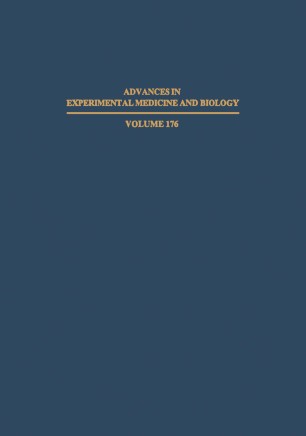 Part of the Advances in Experimental Medicine and Biology book series (AEMB, volume 176)

This book addresses neoplasms of the human trophoblast. The scant literature available on the epidemiology of trophoblast neoplasms suggests that they are as much as ten times more common in Africa, Asia, India, and much of the developing world than in Western countries. The stimulus for the book evolved out of a common interest to combine Western technology with the clinical experience in the developing world in a common pursuit of the study and eradication of trophoblast neoplasia. There is substantial evidence to contend that gene derepression as seen in trophoblastic disease may be a universal prerequisite to neoplastic transformation in general. The recent discovery that the tumor markers, human chorionic gonadotropin (hCG) or its subunits, are identifiable in over 90 percent of all extracted neoplasms suggests a critical role for this common denominator of gene derepression in neoplasia. This gene derepression concept in reproductive biology and neoplasia spans many of the basic parameters of human cell replication as related to endocrinology, immunology, biochemistry, electrophysiol­ ogy, genetics, and pharmacology. The International Society for the Study of Trophoblastic Disease focuses on the global aspects of trophoblast neoplasms. These global aspects include epidemiology and etiology of the disease, regional variations in treatment of trophoblastic neoplasms, and potential ways to adapt and apply Western technology to effective use in developing countries. It was this perspective that formed the basis for the First World Congress on Trophoblast Neoplasms, which convened in Nairobi in October, 1982.