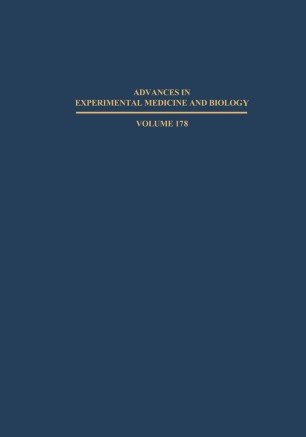 Part of the Advances in Experimental Medicine and Biology book series (AEMB, volume 178)

We are pleased to present to our readers the Proceedings of the Sixth International Workshop on Phosphate and Other Minerals which was held in Verona, Italy, during June 24-26, 1983. It was hosted by Professor Giuseppe Maschio, Professor of Medicine and Chief, Department of Nephrology at the University of Verona. The Sixth Workshop maintained the tradition of the previous ones. It provided a unique and outstanding opportunity for close interaction between scientist involved in the research of the overall field of Mineral Metabolism. The current Workshop was attended by 250 scientists from 15 countries including Austria, Canada, Denmark, England, France, Germany,Holland, Israel, Italy, Japan, Spain, Sweden,Switzerland, and the United States of America. The topics discussed included the renal handling of phosphate, transport of other minerals, intestinal absorption of calcium and phosphate and phosphate homeostasis in health and disease. Two symposia dealing with the recent developments of the interactions between minerals, parathyroid hormone, and blood pressure and between minerals and myopathies were included. In addition to the 15 State-of-the-Art Lectures, there were 43 oral and 63 poster presentations selected from over 200 abstracts sub­ mitted to the Program Committee. The Seventh International Workshop on Phosphate and Other Minerals will be held during September, 1985, in Marseille, France. It will be hosted by Professor Michel almer, Chief of the Department of Nephrology at the University of Marseille. The theme of this coming Workshop will focus on the pathophysiology of phosphate homeostasis and the metabolism of other minerals.