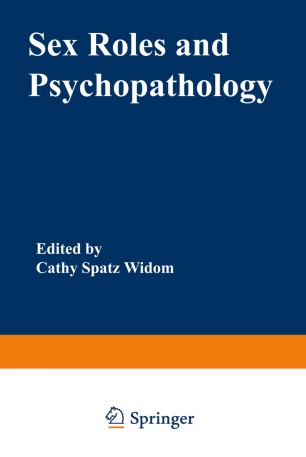 Psychopathology is the science of deviant behavior. However, as psy­ chopathologists, our explanations of deviant behavior are not developed in a sterile, laboratory environment. Abnormality is a relative concept, and the labeling of someone or some behavior as abnormal is inextrica­ bly linked to a particular social context. In the United States, for exam­ ple, a woman reporting vivid hallucinations is likely to be committed to a mental hospital and the behavior considered maladaptive. In other cultures, the same behavior may be interpreted as reflecting magical, healing powers, and the woman honored and revered. An explicit assumption underlying this book is that elements of social causality influence the development and maintenance of psycho­ pathology. While the chapters emphasize environmental influences, this is not intended to negate the importance of physiological, biological, genetic, or hormonal factors in relation to psychopathology. The purpose of this book is to examine the impact of sex role ster­ eotypes on the occurrence and distribution of specific forms of psycho­ pathology. In contrast to prior work, which emphasizes sex differences (e.g., Franks and Gomberg's Gender and Disordered Behavior) these are not the primary focus of this volume. Sex Roles and Psychopathology analyzes the extent to which cultural norms about the sexes, societal expectations and values about sex-typed behavior and sex differences, and profes­ sional biases influence the development, manifestation, and mainte­ nance of abnormal behavior among men and women.