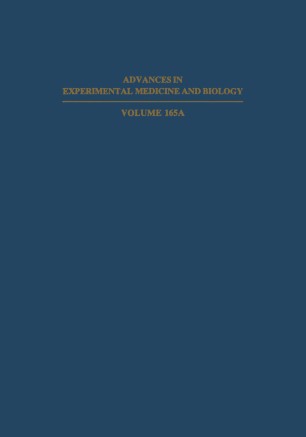 These two volumes, entitled "Purine Metabolism in Man IV" con­ tain the paper presented at the "IV. International Symposium on Human Purine and Pyrimidine Metabolism," held in Maastricht (The Netherlands), June 1982. The proceedings of the three previous meet­ ings in Tel Aviv (Israel, 1973), Baden (Austria, 1976) and Madrid (Spain, 1979) were also published by Plenum Press. In the past few years interest in purine and pyrimidine metabo­ lism under normal and pathological conditions has been growing rapid­ ly. Apart from the more or less classical topics such as hyperuricae­ mia, clinical gout and urolithiasis, an increasing number of papers relating to other fields have been presented at successive meetings. Knowledge derived from the study of purine metabolism in relation to lymphocyte function, for instance, has opened up new possibilities for immunomodulation and leukaemia chemotherapy, with eventual conse­ quences for other types of cancer. At previous meetings there have been pointers implicating purine metabolism in relation to normal cardiac and skeletal muscle function. During the present meeting much new data on both issues have been re­ ported which indicate clear differences in the pathways of ATP metabo­ lism. The widening of the field of interest is also illustrated by the recent work on infectious disease: exploitation of the differences in purine metabolic pathways in certain parasites compared with those in human cells has resulted in new rationales for therapy being devel­ oped.