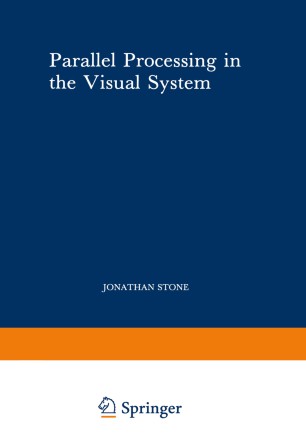 In the mid-sixties, John Robson and Christina Enroth-Cugell, without realizing what they were doing, set off a virtual revolution in the study of the visual system. They were trying to apply the methods of linear systems analysis (which were already being used to describe the optics of the eye and the psychophysical performance of the human visual system) to the properties of retinal ganglion cells in the cat. Their idea was to stimulate the retina with patterns of stripes and to look at the way that the signals from the center and the antagonistic surround of the respective field of each ganglion cell (first described by Stephen Kuffier) interact to generate the cell's responses. Many of the ganglion cells behaved themselves very nicely and John and Christina got into the habit (they now say) of calling them I (interesting) cells. However. to their annoyance, the majority of neurons they recorded had nasty, nonlinear properties that couldn't be predicted on the basis of simple summ4tion of light within the center and the surround. These uncoop­ erative ganglion cells, which Enroth-Cugell and Robson at first called D (dull) cells, produced transient bursts of impulses every time the distribution of light falling on the receptive field was changed, even if the total light flux was unaltered.