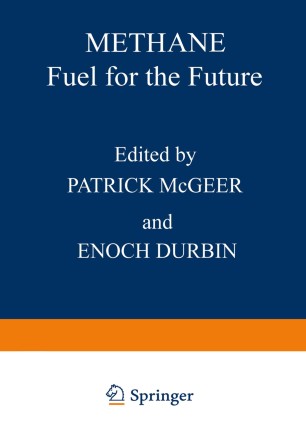 Fuel for the Future

In September of 1981, a world conference on alternative fuels enti tled "Methane - Fuel for the Future" was held at Delta I s River Inn in Vancouver, British Columbia. Approximately 500 registrants from over a dozen countries attended the two day meeting. There were 20 invited papers which form the basis of this volume. The conference itself was inspired by the "energy crisis". This crisis was not seen in terms of any real shortage of oil in the -near term, although an end to conventional oil could be seen on the horizon. Rather, it was perceived as an artificial crisis, precipitated by OPEC, but one which required urgent and effective solutions. Not everyone will agree that urgent action is required to meet the "energy crisis". Indeed, as this volume goes to press, the media are advising that a global glut of oil exists and that price reductions will inevitably ensue. The OPEC production rate has slipped from 31 million barrels a day shortly before the 1973 oil embargo, to a current rate of less than 20 million barrels a day. The non-Communist world now depends upon OPEC for less than half of its oil requirements versus 70 per cent only a decade ago.