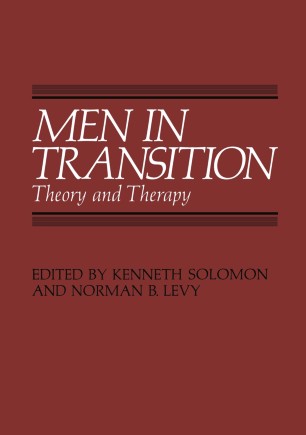 Every year the few hundred members of the Committees, Task Forces, and Councils of the American Psychiatric Association meet in Washington, D.C. to conduct their business. They deliberate on a wide variety of issues encompassed in the activities of each group. The psychiatrists constituting this mixed and somewhat elite group include some of the better-known and promising people in the profession, which makes the plenary session and cocktail party good occasions to meet old friends and to make new ones. Several years ago one of us (N.B.L.) attended this gathering as a member of a soon-to-be defunct group, the Committee Liaison with the American College of Physicians, and met Ann Chappell, a member of the Task Force on Women. We were soon joined by Richard Grant. Ann impressed us with the work her group was doing on issues surrounding the Women's Movement as it relates to patients and the changing roles of the early 1970s. She was struck by the fact that although some women had been very active in this endeavor, nobody in Ameri­ can psychiatry was addressing issues which are arising in men as a result of the changing roles of women in society. Dick and Norm were moved by what she said and decided that they would make an effort to gather together people interested in the issue of the changing roles of males in society at the oncoming meeting of the American Psychiatric Association.