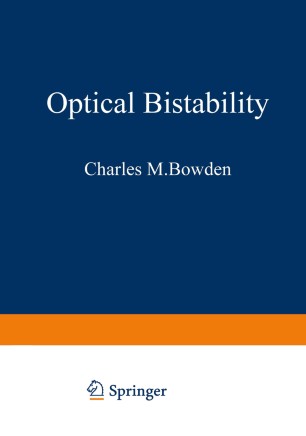 During the past few decades we have witnessed at least two major innovations in science which have had substantial impact on technology as well as science itself, pervasive enough to modify many facets of our daily lives. We refer, of course, to the tran­ sistor and the laser. It is striking that now with the advent of optical bistability we may have opened the door to another such field, which combines these two aspects (transistor and laser) and has the possibility for important device applications as well as providing a unique window into the as yet not thoroughly explored frontiers of nonequilibrium statistical physics. This has prompted us to organize an international conference on the subject of optical bistability to provide an adequate means for assessing the current state of the art of this important field and to stimulate further significant developments by means of in­ tense technical exchange and interaction among the leading scien­ tists in this subject area.