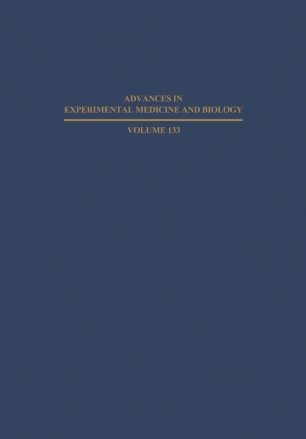 Current Aspects of Neurochemistry and Function

Part of the Advances in Experimental Medicine and Biology book series (AEMB, volume 133)

The vast growth of knowledge in recent years concerning the functional role of serotonergic systems in central nervous system function prompted the organization of the symposium. The organiz­ ing committees felt at the onset that the field of serotonin research had grown so rapidly that it would be impossible to cover every aspect of it in individual symposia. Thus it was felt that certain areas of research had to be omitted due to time constraints, and we extend an apology to the researchers in areas not included in these proceedings. Rather it was hoped to provide a balance overview of the field, starting with the anatomy of serotonergic systems and proceeding to the level of the serotonergic receptors at the cell membrane, and then inside the neuron to discuss the regulation of serotonin bisynthesis and integration within indole­ mine systems. The functional aspects of serotonergic transmission focused on the emerging role of this amine in the processing of nociceptive information, singly or in tandem with other neurotran­ smitters or neuromodulators. A separate symposium dealt with a variety of animal models suitable for the analysis of the role of serotonin in behavior, and finally led to the evaluation of serotonin metabolism in the study of abnormal human behavior. The editors would like to dedicate these proceedings on /Serotonin - Current Aspects of Neurochemistry and Function/ to two pioneers in this field, Dr. Irving Page and Dr. Maurice Rapport.