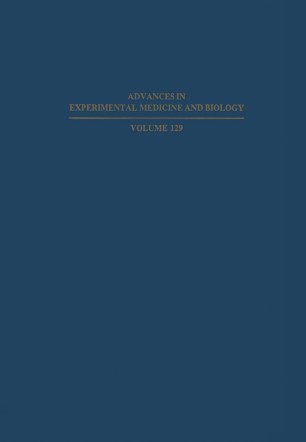 Relationships among Different Levels of Organization

Part of the Advances in Experimental Medicine and Biology book series (AEMB, volume 129)

The problem of senescence, as reflected in the history of reli­ gion and philosophy, has long been one of the greatest concerns of humankind. In contrast, gerontology as a branch of science is still comparatively young. During the past decade, concomitant with rapid progress in our understanding of the basic life sciences, vast stores of knowledge about biological aging have been accumulated. This knowledge, however, arising from many scientific disciplines and focused on varying levels of biologic organization, seems almost random and covers everything from molecules to human societies. Theories advanced to interpret the facts and to understand the mech­ anisms involved in senescence have remained in individual, rather than general, territories. It has long been felt by some gerontologists that it was time for the various specialists to step back and take a generalist view of gerontology, to reconsider and reevaluate the fruits of their analyt­ ical pursuits at different levels within a broader context. Some others may think it still premature. It seemed, however, that the majority of those who gathered in Tokyo on the occasion of the XIth International Congress of Gerontology were of the opinion that there was much to be gained in looking for interrelationships among the facts and theories originated in the different levels of investiga­ tion in an attempt to observe and appreciate the biological drama of senescence as an entity.