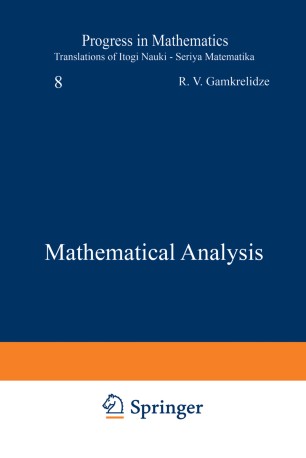 Part of the Progress in Mathematics book series (PM, volume 8)

This volume contains three articles: "Asymptotic methods in the theory of ordinary differential equations" b'y V. F. Butuzov, A. B. Vasil'eva, and M. V. Fedoryuk, "The theory of best ap­ proximation in Dormed linear spaces" by A. L. Garkavi, and "Dy­ namical systems with invariant measure" by A. 'VI. Vershik and S. A. Yuzvinskii. The first article surveys the literature on linear and non­ linear singular asymptotic problems, in particular, differential equations with a small parameter. The period covered by the survey is primarily 1962-1967. The second article is devoted to the problem of existence, characterization, and uniqueness of best approximations in Banach spaces. One of the chapters also deals with the problem of the convergence of positive operators, inasmuch as the ideas and methods of this theory are close to those of the theory of best ap­ proximation. The survey covers the literature of the decade 1958-1967. The third article is devoted to a comparatively new and rapid­ ly growing branch of mathematics which is closely related to many classical and modern mathematical disciplines. A survey is given of results in entropy theory, classical dynamic systems, ergodic theorems, etc. The results surveyed were primarily published during the period 1956-1967.