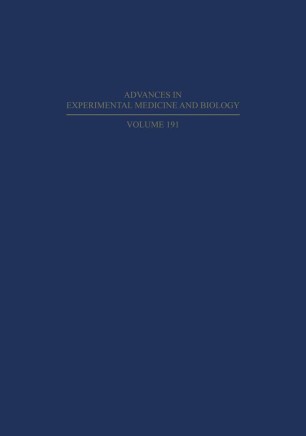 Part of the Advances in Experimental Medicine and Biology book series (AEMB, volume 191)

Since there are many different tissues and organs in the body, a study of oxygen transport to tissue necessarily involves a great diversity of bodily functions. Furthermore, these tissue functions can be approached from the viewpoint of several disciplines. Even­ tually, however, all of these approaches must be combined to arrive at a comprehensive picture. This multidisciplinary effort, though imperative, has been implemented slowly because traditional biologi­ cal science has been largely organ- or discipline oriented. Initia­ tives to realize an effective international multidisciplinary collab­ oration have assumed increasing momentum for the past 20 years. These include meetings held in Bad Oeynhausen in 1965 (book in 1968, edited by D. W. Lubbers, U. C. Luft, G. Thews and E. Witzleb), in Nijmegen in 1968 (book in 1969, edited by F. Kreuzer), in Vancouver in 1970 (J. Strauss), and in Dortmund in 1971; this last was in connection with the 25th International Physiological Congress in Munich (book in 1973, edited by M. Kessler, D. F. Bruley, L. C. Clark, Jr. , D. W. Lubbers, I. A. Silver and J. Strauss). This increasing international cooperation called for a more formal organization of these individual initiatives. The credit for taking this decisive step goes to H. I. Bicher and D. F. Bruley from the U. S. A. and D. W. Lubbers and M. Kessler from Germany, who got together in 1972 to plan a large-scale inter­ national meeting and to organize an international society.