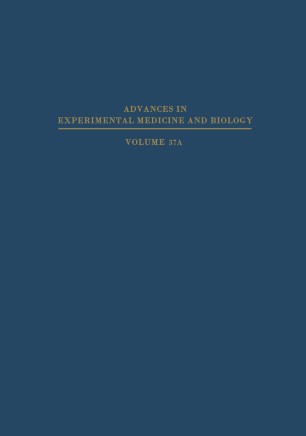 Part of the Advances in Experimental Medicine and Biology book series (AEMB, volume 37 A)