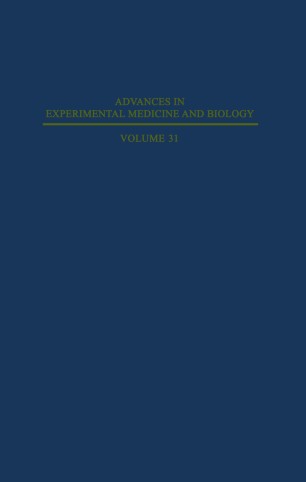 Immunity in Viral and Rickettsial Diseases

Part of the Advances in Experimental Medicine and Biology book series (AEMB, volume 31)

The OHOLO conferences have been convened annually as from the spring of 1956; they have covered very wide areas from different and overlapping disciplines, as can be seen from the following list: 1956 Bacterial Genetics (not published) 1957 Tissue Cultures in Virological Research (not published) 1958 Inborn and Acquired Resistance to Infection in Animals (not published) 1959 Experimental Approach to Mental Diseases (not published) 1960 Cryptobiotic Stages in Biological Systems* 1961 Virus - Cell Relationships** 1962 Biological Synthesis and Function of Nucleic Acids** 1963 Cellular Control Mechanism of Macromolecular Synthesis** 1964 Molecular Aspects of Immunology** 1965 Cell Surfaces** 1966 Chemistry and Biology of Psychotropic Agents (not published) 1967 Structure and Mode of Action of Enzymes** 1968 Growth and Differentiation of Cells in vitro** 1969 Behaviour of Animal Cells in Culture** 1970 Microbial Toxins** 1971 Interaction of Chemical Agents with Cholinergic Mechanisms** The participants at these meetings from the different scien­ tific institutions of Israel and from many countries, are engaged in fields of study which represent widely divergent approaches to biology. Thus, a characteristic feature of the OHOLO meetings has been their multi-disciplinary nature. These small international conferences are distinguished by the relaxed atmosphere in which they are held, with ample time for informal as weIl as formal discussions. *Published by Elsevier Publishing Co. , Amsterdam (1960). **Published by the Israel Institute for Biological Research, Ness­ Ziona.