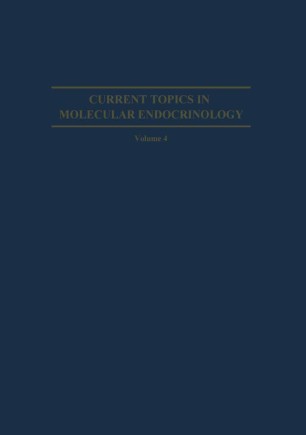 This volume is an outgrowth of a symposium held at the University of Michigan, Ann Arbor, Michigan, October 27-29, 1975. This symposium was organized to bring together basic scientists and clinicians for the purpose of exchanging new ideas and the latest information in the area of Steroid Hormone Action and Cancer. The design of the symposium included both formal plenary sessions and informal roundtable discussion groups, the chapters of this volume being drawn primarily from these proceedings. During the last quarter of a century considerable progress has been made toward understanding the molecular mechanisms in­ volved in steroid hormone action. It now appears that the mechan­ sim of action of the four major classes of steroid hormones is qualitatively similar. Research during the past decade has demonstrated steroid hormone receptors in a variety of normal and neoplastic tissues. Receptor-containing neoplasms have been shown to be hormone-dependent and undergo regression when treated with hormone antagonists. Natural and synthetic steroids also have been employed for many years to successfully treat various types of cancer, for example: estrogens, androgens and progestagens for breast cancer; estrogens and progestagens for prostatic carcinoma; progestagens for endometrial carcinoma; and corticoids for leu­ kemias. All of these neoplasms have now been found to possess receptors for the steroids empirically used in their treatment.