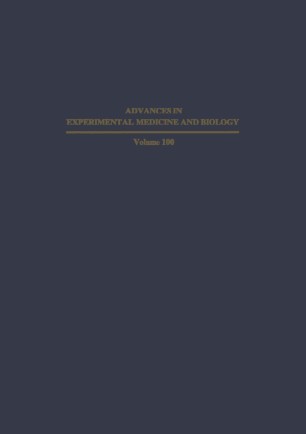 Part of the Advances in Experimental Medicine and Biology book series (AEMB, volume 100)

A satellite symposium entitled "Myelination and Demyelination: Recent Chemical Advances" was held in Helsinki from August 29 to 31, 1977, after the Sixth International Meeting of the International Society for Neurochemistry (ISN) in Copenhagen. Myelin is a nervous tissue structure that is most suitable as a subject of biochemical investigation. It is easy to isolate in a highly purified form, is rather stable even after death, and is af­ fected by a variety of neurological and other diseases. Its lesions are particularly important in the study of multiple sclerosis, a disease which is relatively prevalent in Finland and has therefore been of interest to a great many Finnish scientists. The first half of this book is concerned with the biochemical composition and molecular organization of myelin, the second half with the experimental and clinical aspects of demyelination. The comments given after each of the presentations at the symposium were not recorded as such, but each author was requested to modify his or her paper accordingly. The editing and publication of this book would not have been possible without the excellent efforts and co-operation of my wife, Mrs. L.-M. Palo, acting as general secretary and later as editorial secretary of the symposium. As Organizing Committee Chairman, I would also like to thank the members of the Committee: Dr. M. Haltia, Dr. E. Kivalo, Dr. T. Kosunen, Dr. M. Panelius, and especially Dr.