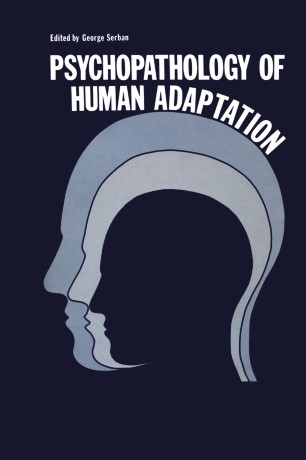 Undoubtedly this symposium will prove to be an important landmark in the development of our understanding of the psychopathology of human adaptation in general, as well as of the general adaptation syndrome and stress in particular. It was organized to give an opportunity to an international group of experts on adaptation and stress research to present summaries of their research that could then later be exhaustively analyzed. The carefully structured program brings out three major aspects of adapta­ tion to stress in experimental animals and man. The first section deals with the neurophysiology of stress responses, placing major emphasis upon the neuroanatomical and neurochemical aspects involved. The second section is devoted to the psychology and psychopathology of adaptive learning, motivation, anxiety, and stress. The third section examines the role played by stress in the pathogenesis of mental diseases. Many of the relevant subjects receive particularly detailed attention. Among these, the following are especially noteworthy: The existence of reward and drive neurons. Constitutional differences in physiological adaptations to stress and d- tress. Motivation, mood, and mental events in relation to adaptive processes. Peripheral catecholamines and adaptation to underload and overload. Selective corticoid and catecholamine responses to various natural stimuli. The differentiation between eustress and distress. Resistance and overmotivation in achievement-oriented activity. The dynamics of conscience and contract psychology. Sources of stress in the drive for power. Advances in the therapy of psychiatric illness. The application of experimental studies on learning to the treatment of neuroses.