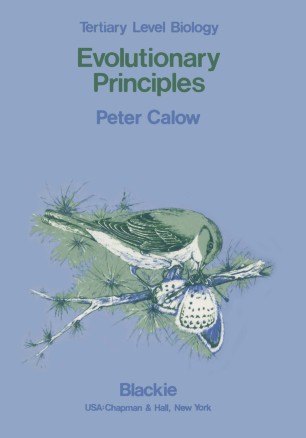 The last few years have seen a number of new books on evolutionary biology. However most of these are either large or specialized. This is an attempt to produce a thin, general version for undergraduate use. Thinness, of course, demands selectivity, and the aim has been to concentrate on the principles of the subject rather than on the details-principles, that is, of both theory and practice. Thinness also sometimes means that a certain level of knowledge is assumed in the readership, but I hope that this is not the case here, and my intention has certainly been to produce something that is as intelligible to the uninitiated as it is to the well-informed. As for the bibliography, I refer, where possible, to reviews rather than primary sources, so a citation should not be taken to imply any sort of precedence. In developing the theme, I have adopted a loosely historical approach, not only because I believe that this makes for more interesting reading but also because the subject, like the subject it addresses, has evolved under the critical eye of a selective process. Problems have been perceived, hypotheses have been formulated to explain them, facts have been amassed to test the hypotheses, more problems have been perceived, more hypotheses formu­ lated, and so on.