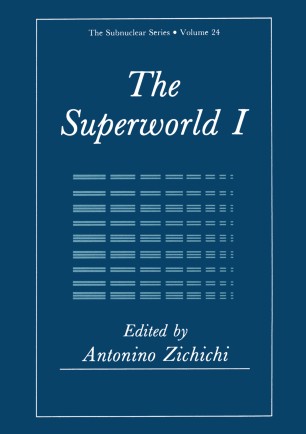 Part of the The Subnuclear Series book series (SUS, volume 24)

During August 1986. a group of 96 physicists from 61 laboratories in 17 countries met in Erice for the 24th Course of the International School of Subnuclear Physics. The countries represented were: Austria. Bulgaria. Belgium. Denmark. France. the Federal Republic of Germany. Hungary. Israel. Italy. Poland. Portugal. South Africa. Spain. Sweden. Switzerland. United Kingdom. United States of America. The School was sponsored by the European Physical Society (EPS). the Italian Ministry of Education (MPI). the Sicilian Regional Government (ERS). and the Weizmann Institute of Science. I hope the reader will enjoy this book as much as the students enjoyed attending the lectures and the discussion Sessions. which are the most attractive features of the School. Thanks to the work of the Scientific Secretaries. the discussions have been reproduced as faithfully as possible. At various stages of my work I have enjoyed the collaboration of my friends whose contributions have been extremely important for the School and are highly appreciated. I thank them most warmly. A final acknowledgement to all those who. in Erice. Bologna. Rome and Geneva. helped me on so many occasions and to whom I feel very much indebted.