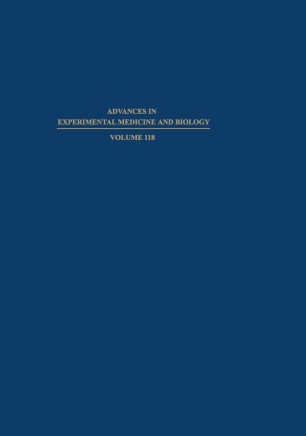 Their Use in the Production of Vaccines and Other Biologicals

Part of the Advances in Experimental Medicine and Biology book series (AEMB, volume 118)

This volume stems from a symposium sponsored by the W. Alton Jones Cell Science Center, Lake Placid New York. The Second Annual W. Alton Jones Cell Science Center Symposium: Cell Substrates and­ Their Use in the Production of Vaccines and Other Biologicals was held October 23-26, 1978. The Center is an operational unit of the Tissue Culture Association and offers, in collaboration with the Association's Education Committee, a wide range of educational and research activities. During the past 20 years there have been numerous national and international conferences on the topic of cell cultures used to produce biological products. Those largely dealt with the technology and associated issues that were current at the time of the meetings. For example, as human diploid cells were developed and proposed for use in vaccine production, a number of meetings were held to examine the pros and cons of human diploid cells. A large amount of data was provided at those conferences which formed the basis for the eventual acceptance of that cell system. Each meeting added to the general base of knowledge in the area of cell cultures and their application to the current and novel set of problems encountered. In general, the participants reaffirmed the basic premises that were formulated in the early days of polio virus vaccine production regarding the criteria for acceptability of cells when used in the manufacture of biologics intended for humans.