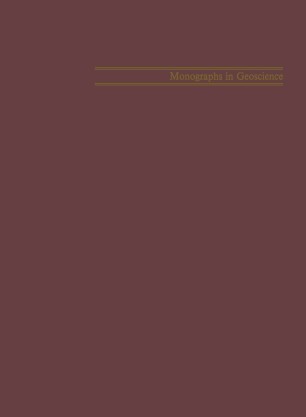 Sixty years ago the Louisiana Geological Survey published "Rock Salt. Its Origin. Geological Occurrences and Economic Importance in the' State of Louisiana, Together with Brief Notes and References to All Known Salt Deposits and Industries of the World" (Bull., 7, 1908, 259 pp.) by G. D. Harris, assisted by G. D. Maury and L. Reineke. The volume which follows is an equally ambitious project, carved out as a labor of love by Stanley J. Lefond, who began the work when he was a geologist with Diamond Alkali Company, Cleve­ land, Ohio, and finished it when he was a member of the geology staff of United States Borax & Chemical Corp., Los Angeles. Mr. Lefond has done a thorough job, taking full advantage of the discoveries (due in large part to exploration of the subsurface in the search for oil), expanded governmental coverage of mineral deposits, and improved communications, since 1908. The motivation for "The Handbook of World Salt Resources" was the First Symposium on Salt, held in Cleveland in May, 1962, which was sponsored and organized by the relatively young and dynamic Northern Ohio Geological Society. The user of this valuable compilation owes a debt of gratitude to that Society, to the Diamond Alkali Company which donated countless hours of Mr. Lefond's time, and above all, to author Stanley Lefond.