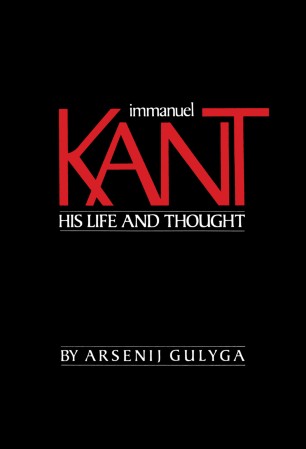 His Life and Thought

To record the life of a philosopher is to reveal his work and his thought. In this biography of Immanuel Kant by Arsenij Gulyga, the reader discovers Kant’s inner life, the mind of a great philosopher whose ideas are wondrously alive and whose thoughts delve deeply into the human soul.

Almost all methods of modern philosophical inquiry are rooted in Kant. His was a quest for truth that was intense, dramatic, and profoundly human. To read Kant is to be well introduced to the study of philosophy. He teaches one to think independently and to know the rewards for such thought.