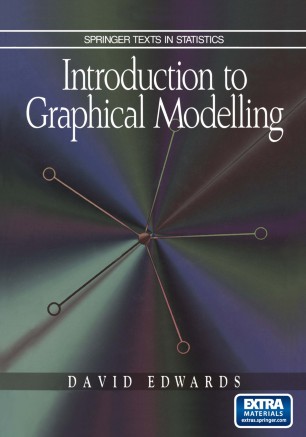 Graphical modelling is a form of multivariate analysis that uses graphs to represent models. They enable concise representations of associational and casual relations between variables under study. This textbook provides an introduction to graphical models whose emphasis is on its applications and on the practicalities rather than a formal development. With the book comes a diskette containing a student version of MIM - a popular graphical modelling software package for the PC. Following an introductory chapter which sets the scene and describes some of the basic ideas of graphical modelling, subsequent chapters describe particular families of models including log-linear models, Gaussian models, and mixed models for discrete and continuous data. Further chapters cover hypothesis testing for mixed models and discuss issues of model selection and more advanced topics.