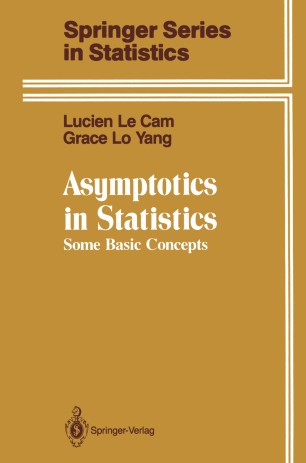 In the summer of 1968 one of the present authors (LLC) had the pleasure of giving a sequence of lectures at the University of Mon­ treal. Lecture notes were collected and written out by Drs. Catherine Doleans, Jean Haezendonck and Roch Roy. They were published in French by the Presses of the University of Montreal as part of their series of Seminaires de Mathematiques Superieures. Twenty years later it was decided that a Chinese translation could be useful, but upon prodding by Professor Shanti Gupta at Purdue we concluded that the notes should be updated and rewritten in English and in Chinese. The present volume is the result of that effort. We have preserved the general outline of the lecture notes, but we have deleted obsolete material and sketched some of the results acquired during the past twenty years. This means that while the original notes concentrated on the LAN situation we have included here some results of Jeganathan and others on the LAMN case. Also included are versions of the Hajek-Le Cam asymptotic minimax and convolution theorems with some of their implications. We have not attempted to give complete coverage of the subject and have often stated theorems without indicating their proofs.