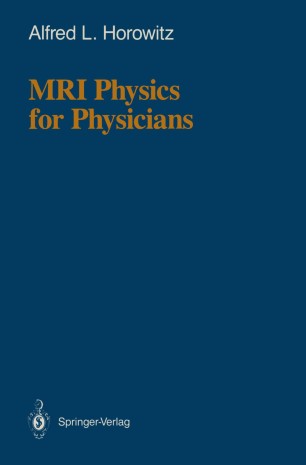 In MRI Physics for Physicians the author presents the physical principles of magnetic resonance imaging without detailing the more sophisticated mathematics and physics typically used by physicists when explaining such phenomena. This book is mainly intended for radiologists and clinical physicians who are interested in learning the basic principles of how and why magnetic resonance imaging works but do not want to become excessively involved with the mathematics. It is divided into two parts: the first covers the general aspects of magnetic resonance and the resulting signals while the second explains how the magnetic resonance signals form the three-dimensional images. Explanations of all relevant physical and mathematical terms and concepts, including basic vector and field theory and the more complicated principles of wave theory and Fourier transform mathematics, are given in an easily understood, straightforward, yet thorough, manner.