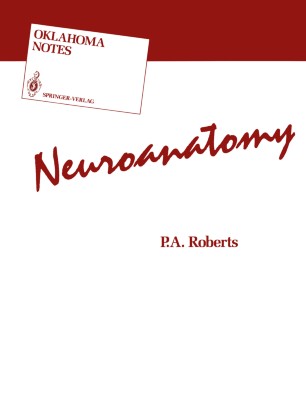 The following notes, originally known as Neuroanatomical Notations, were prepared for the purpose of providing a quick review of some of the pertinent points that should be considered in refreshing your memory of Neuroanatomy. Obviously the booklet is not encyclopedic, and is cer­ tainly not intended as a text on the subject. However, hopefully, it will serve as a useful guide and be of aid in the task of systematically preparing for Part I of the National Boards and similar examinations. P. A. R. "I can't believe that!" said Alice "Can't you?" The Queen said in a pitying tone. "Try again: Draw a long breath, and shut your eyes." Alice laughed, "There's no use trying," she said. "One can't believe impossible things." "I dare say you haven't had much practice" said the Queen. "When I was your age, I always did it for half an hour a day. Why, sometimes I've believed as many as six impossible things before breakfast . . .